Daniel 7:25 And he shall speak great words against the most High, and shall wear out the saints of the most High, and think (Aramaic word to intend, to hope. Doesn't say he will be successful in doing this, but doesn't say he won't be successful either) to change times (GMT to Mecca time) and laws (Sharia Law & the halal mark): and they shall be given into his hand until a time and times and the dividing of time.

The communist, Islamic antichrist wants to change all time zones via changing GMT (Greenwich, England) to Mecca Time via a new clock they built. It's the largest clock in the world. This is not a plan for the future. It's ticking right now! It is already built and started ticking in August 2010. Their publicly declared goal is to change GMT to Mecca time. They want to change your time zone by around 3 hours! The new Mecca Clock sends digital electronic signals worldwide. These signals will eventually be broadcast on all television stations and radio stations worldwide! This is why the new world order made it law that all television & radio stations across the world were required to switch from the old signals to digital signals. I highly recommend everyone remove their digital converter boxes from their homes. The clock face lights up Green at night, which is the sacred color of Islam. The long hand is over 72 feet long. It is the largest clock in the world. The crescent moon on top of the clock is the largest man made moon. Notice how they even put a crescent moon in the background in the below video. Allah is not God. He is the moon god or actually the devil, satan. The name of Allah (which is the middle symbol of 666) and the Muslim Brotherhood cross swords are on the clock. The people worshipping the black stone of mecca rotate around the image of the beast like a clock. The clock overlooks the black stone. Please watch the following video which will shock you! It's not conspiracy. It's fact The video was made by the Muslims themselves! Hear it out of their own mouth what they are going to do with this clock! Amazing video! You must see this. You must share with family and friends! 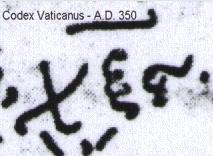 666 in the Codex Vaticanus, the oldest most complete bible manuscript known to mankind. Notice that "Allah" is the middle character of 666!

Daniel 7:25 Fulfilled! Antichrist Beast Power hopes to change times and Laws. Islam hopes to set all world time, clocks, watches via Mecca Time, change GMT to Mecca Time! The Muslim goal is to alter all the clocks around the world to adjust time zones to Saudi Arabia in Mecca for their prayer times.

Daniel 7:15-28
15 I Daniel was grieved in my spirit in the midst of my body, and the visions of my head troubled me.
16 I came near unto one of them that stood by, and asked him the truth of all this. So he told me, and made me know the interpretation of the things.
17 These great beasts, which are four, are four kings, which shall arise out of the earth. (through different generations)
18 But the saints of the most High shall take the kingdom, and possess the kingdom for ever, even for ever and ever.
19 Then I would know the truth of the fourth beast, which was diverse from all the others, exceeding dreadful, whose teeth were of iron (Yahoo News Article), and his nails of brass; which devoured, brake in pieces, and stamped the residue with his feet;
20 And of the ten horns that were in his head, and of the other which came up, and before whom three fell (Egypt? Libya? Tunisia?); even of that horn that had eyes, and a mouth that spake very great things, whose look was more stout than his fellows.
21 I beheld, and the same horn made war with the saints, and prevailed against them;
22 Until the Ancient of days (Jesus) came, and judgment was given to the saints of the most High; and the time came that the saints possessed the kingdom.
23 Thus he said, The fourth beast shall be the fourth kingdom upon earth, which shall be diverse from all kingdoms (mixture of communism and Islam), and shall devour the whole earth (including USA), and shall tread it down, and break it in pieces.
24 And the ten horns out of this kingdom are ten kings that shall arise: and another shall rise after them; and he shall be diverse from the first, and he shall subdue three kings.
25 And he shall speak great words against the most High, and shall wear out the saints of the most High, and think (Aramaic word to intend, to hope. Doesn't say he will be successful in doing this, but doesn't say he won't be successful either) to change times (GMT to Mecca time) and laws (Sharia Law): and they shall be given into his hand until a time and times and the dividing of time.
26 But the judgment shall sit, and they shall take away his dominion, to consume and to destroy it unto the end.
27 And the kingdom and dominion, and the greatness of the kingdom under the whole heaven, shall be given to the people of the saints of the most High, whose kingdom is an everlasting kingdom, and all dominions shall serve and obey him.
28 Hitherto is the end of the matter. As for me Daniel, my cogitations much troubled me, and my countenance changed in me: but I kept the matter in my heart.

Did you read the above scriptures in your personal paperback/hardback bible today or just only on this website?
If only online, I encourage you to please open your bible and read these verses both on our website and in your bible. There is power in reading the real bible. Also, did you pray before beginning to read about this specific subject today? If not, I encourage you to take the time now to pray for understanding of truth. 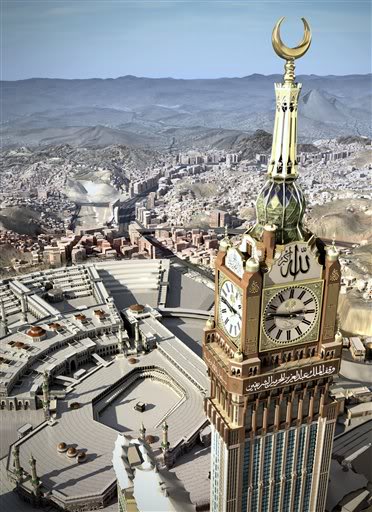 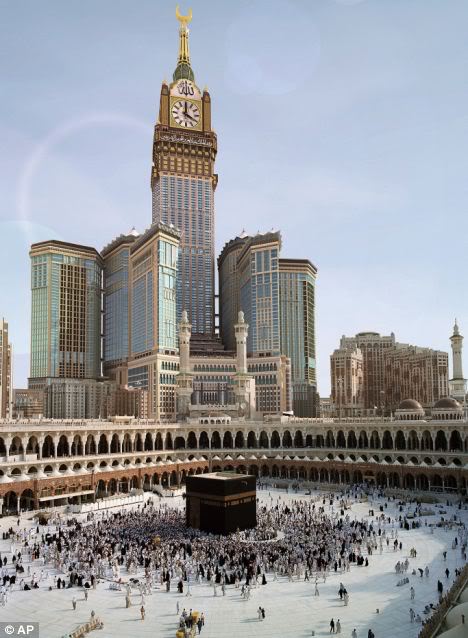 What this means to you!

In the near future, Syria, Iran & Russia will invade Israel. Eventually, the antichrist, who is Bashar Assad, will stand up with great miracles, therefore the world will follow him & obey him. Russia & China will invade the United States, doing the bidding of Assad. Most of America will come under Islamic communist control. The Muslims/communists will broadcast the mecca clock electronic signals (Muslim call to prayer) to all radio stations and television stations across the globe including America via the digital signals on your cable boxes, digital televisions, radio, etc. (Or that is their plan/goal anyways). Any radio or television station that refuses to broadcast the Muslim call to prayer 5 times a day, will be imprisoned and/or killed. Anyone who refuses to submit to Islam (take the mark of the beast of worship in their mind and with the actions of their hands) will be beheaded. So, yes, this clock will affect your life!

Turkey wants to Set Its Clocks To Mecca, Not Greenwich Time! http://www.al-monitor.com/pulse/culture/2012/10/turkey-islamic-mean-time.html

To learn MORE about the Beast AND the Mark of the Beast, Please Click Here!
Or click here to see proof that Bashar Assad is the Antichrist, Son of Perdition.

Tell everyone! Burn the videos onto CD's, DVD's! Share with your family, friends, churches and pastors! They must be informed! Hand out flyers! You can save the videos to your computer using Real Player which is a free program.